This post is for those who are working on Laravel Lumen projects with Swagger UI which runs using the PHP built-in web server. 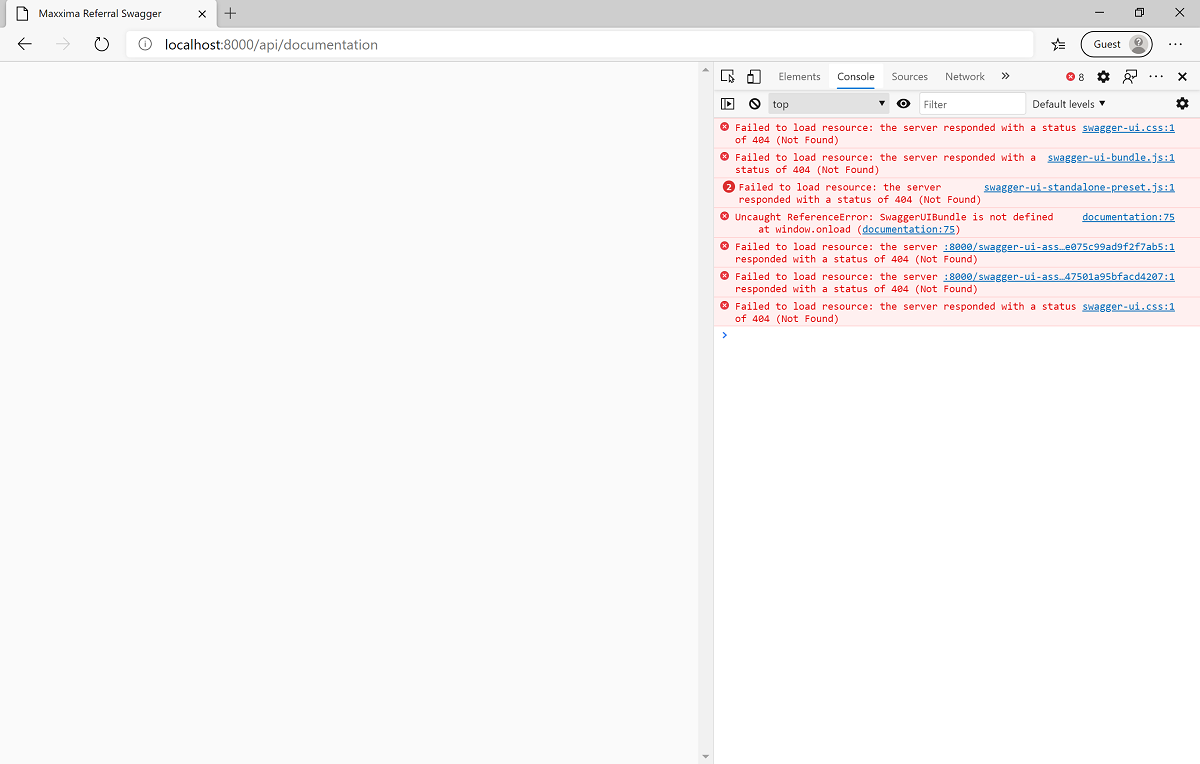 In the screenshot, you will find errors such as,

The root cause of the error is due to running the built-in PHP web-server with the following command:

To resolve this issue, you will need to run the web server with the following command instead:

By specifying the document root as 'public/index.php' with the above command, laravel lumen is able to find the swagger UI assets.

Here are some more posts

What are orphan users? In Microsoft SQL server, there are two types of users: Login aka Server-l...

In C#'s list collection, you have the AddRange() method which allows you to add a list into anoth...

When I ported my online multiplayer game, Rodents Online, from NodeJS to .Net core, I needed a wa...